Award-winning Exmoor Zoo sits midway between Combe Martin and South Molton along the A399. Discover the real Beast of Exmoor at Exmoor Zoo – Ebony the black lady leopard one of only five black leopards in captivity in Britain. Sightings of black cats (The Beast of Exmoor) over the decades are thought to be either black leopards or cougars! One of England’s friendliest award-winning zoos, Exmoor Zoo is spread across beautiful North Devon countryside on the edge of the National Park and features a huge range of species from penguins and meerkats to puma, deer, gibbons and kagaroo. A zoo trail makes it easy to move around themed exhibits ranging from jungle style areas to native habitats. Exmoor Zoo is open all year round (except 24th to 26th December), daily from 10am.

First opened in 1982 and the perfect fun family day out in Devon, Exmoor Zoo is constantly adding new exhibits. Animals small and large, rare and familiar live in natural enclosures and over the years shrubs and trees have matured, creating a wonderfully relaxing environment accessible via a winding Zoo Trail. Interactive feeding sessions and plenty of opportunities to meet and greet animals feature daily from touching snakes and holding spiders for the brave to daily talks and feeding times. Daily activities include feeding sessions in the Cheetah, Alpaca, Gibbon and Penguin enclosures and in the famous Exmoor Beast Enclosure, home to the zoo’s popular black lady leopard Ebony.

Be a zoo keeper for the day – special half day Junior Keeper Sessions are available offering an opportunity for younger visitors to really get involved in cleaning, feeding and meeting and greeting animals such as meerkats, porcupines and cute agouti. Get up close to exotic animals in the ‘Walk on the Wildside’ animal experience including a guided tour with an experienced Zoo Education member of staff. The walking tour lasts around 2 to 3 hours. Year round animal events include Easter Trails, Exmoor Beast Week in June and the Big Bug Bonanza in August. 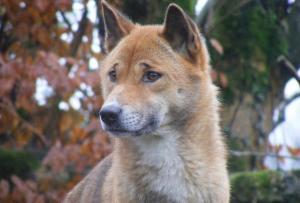 Animals at the Zoo

Exmoor Zoo contains over 160 species of animals including many rare breeds and many which are part of National, European and International breeding programmes. Species range from exotic ducks and Humboldt Penguin to Silvery Marmoset, Reindeer, Alpaca and Maned Wolf. As you wander around the winding paths of the Zoo Trail you will see many native species of birds, butterflies and insects. Exmoor Zoo features two main areas of large natural meadow and a lake with a large colony of toads. Popular family favourites include the zoo’s Black Leopards, Puma and the ‘singing dogs’ from Papaya New Guinea with their distinctive singing sounding like a cross between a wolf’s howl and a whale song. Also popular are the Meerkats next to the education centre, the Ring tailed lemurs and the endearing Tapirs, part of the horse and rhino family with unusually shaped snouts which work like a shovel.

A real family zoo, Exmoor Zoo contains a range of attractions and facilities alongside animal exhibits including a children’s adventure playground with trampoline, games and more. A choice of eateries feature in the Cafeteria area including The African Cafe serving delicious cooked breakfasts and cream teas. A large undercover picnic area is available for the many visitors bringing their own picnics and a snack shack is open during peak periods. The large zoo gift shop sells a great choice of animal themed gifts, souvenirs and cuddly toys.