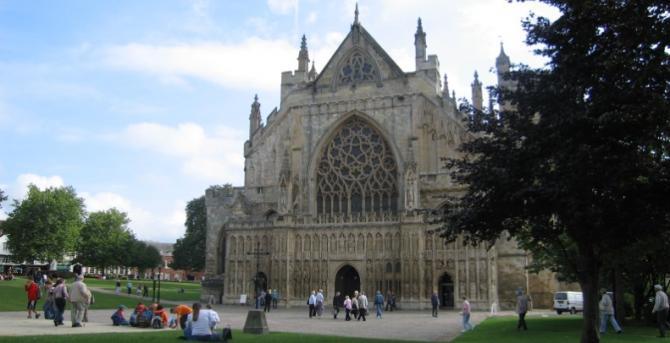 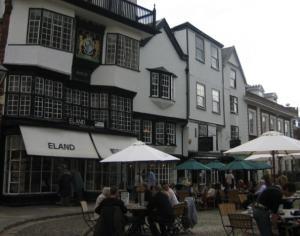 The vibrant historic city of Exeter is one of England’s most beautiful cities with an ancient history stretching back over 2000 years. Heritage architecture is extensive from the city’s magnificent Gothic cathedral to the old custom house and 19th century warehouses on the quayside to the remains of a Roman Wall and underground medieval passages. Find out what’s on and pick up local guides at visitor centres located on Dix’s Field in the central Princesshay Quarter and down on the quayside. You can also join one of several walking tours available with experienced Red Coat Guides.

Exeter’s independence is strong, visible in the uniqueness of its specialist shopping scene and its strong emphasis on local produce. The city is a real South West centre for food and drink, with a wealth of gastro inns serving fine local ales and locally sourced food, along with regular farmers’ markets, many stylish cafes and world cuisine restaurants. Top chefs are based here and the city plays host to the Exeter Festival of South West Food & Drink annually in April.

Accommodation in & around Exeter 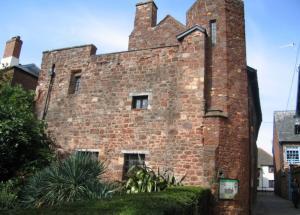 Heritage attractions will easily fill a weekend break, and can be navigated on foot around the compact city centre. The starting point for most visitors is Exeter Cathedral, one of England’s oldest cathedrals with its magnificent towers dating from the 12th century. The striking Gothic building you can see today was built between between 1270 and 1340, however a cathedral has stood on the site for 1000 years. The breathtaking West Front, Nave and stained glass of Exeter’s St Peter’s Cathedral is one of Devon’s great wonders.

Other historic landmarks around the city include the Guildhall with a structure dating mostly from the 15th century, but there has been a Guildhall on the site since around 1160. Tuckers Hall on Fore Street is a medieval hall of the weavers, recently refurbished to great effect with an onsite Interpretation centre. Admission is free, with donations welcome. For a taste of what Tudor life in Exeter was like, visit St Nicholas Priory, a 900 year old guest wing of a former Benedictine Priory. Inside are various displays of Elizabethan items and replica furnishings to the period.

The world class collections of the Royal Albert Memorial Museum & Art Gallery (RAMM) in Exeter are a treasure trove for year round changing exhibitions. The building itself is a Victorian gem and iconic landmark in the city. RAMM is a free entry museum, and has recently undergone an award-winning redevelopment resulting in some outstanding new galleries, displays and exhibitions. Exhibits are diverse, ranging from exotic animals and world culture galleries to Devon’s premier collection of fine and decorative art. A museum cafe and tours are available, and as well as the entrance on Queen Street, there’s also now a new garden entrance which links the museum to Northernhay and Rougemont Gardens, Gandy Street and the Phoenix Art Centre.

The Phoenix and Exeter Corn Exchange host year round performances of comedy, dance and theatre, and around the city you’ll find a host of live music bars and pubs and several cinemas. Theatres include The Northcott, Barnfield and Cygnet Theatres. Two other arts venues not to be missed include The Bill Douglas Cinema Museum just outside the city centre and Spacex, Exeter’s centre for contemporary art. A number of independent commercial galleries are also dotted around the city centre.

A pleasant 10 minute stroll from the city centre sees you at Exeter’s jewel – the historic Quayside, a hub area for regular events around The Transit Shed just opposite the Quay House Visitor Centre. Also down on the waterfront you’ll find a selection of craft shops and workshops, several restaurants, inns, tearooms and cafes in a spectacular waterfront setting. Many are housed in character 19th century warehouses and other historic building include the old Custom House and Cricklepit Mill, now the headquarters of Devon Wildlife Trust. Take your pick from a choice of cruises along the river and canal or hire a canoe or kayak and head off on a self-guided tour. Designated cycling and walking trails branch out from the Quayside including wonderful tow path walks. Devon’s largest indoor climbing wall at the Quay Climbing Centre is also in the area along with outdoor education and watersports centres.

Cycling around Exeter is very popular – this is a cycling city – and there are several outlets in the city where you can hire bikes. Sports and leisure facilities include leisure centres with swimming pools, the indoor climbing centre, a golf driving range and the city even has a dry ski slope. Enjoy the National Hunt Racing season and excellent onsite conference and hospitality facilities at Exeter Racecourse situated just south of the city at Kennford, only 5 minutes from the end of the M5 motorway. St James’ Park is the city’s football stadium, and Sandy Park just outside Exeter is hosting Rugby World Cup matches! 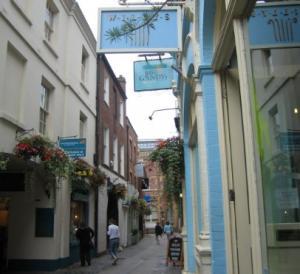 Exeter has excellent transport links. Exeter International Airport sits just 5 miles east of the city centre (5 minutes off the M5 motorway) and offers a wide choice of internal and international cheap flight options. Main station Exeter St David’s and Exeter Central Station only a short walk from the High Street are well served by South West Trains and First Great Western services offering fast rail links to the city from the wider South West area. By road, the city is just minutes from the M5, and easily accessed of the A30/ A303 and the A38. Ample parking for thousands of cars is available around the city centre and there are park and ride bus services from several sites on the outskirts. Stagecoach are the main local bus operator and visitors can pick up bus timetables and tickets at Exeter bus station with onsite travel shop.

City centre accommodation caters for all budgets and tastes, whether you’re on business or leisure in Exeter. Choose from luxury boutique hotels with their own unique contemporary style or stay in a friendly bed and breakfast offering quality accommodation at a competitive price. For long or short stays, the city centre has a choice of modern apartments, some situated down on the waterfront and with the added benefit of onsite private parking. The university offers great value campus accommodation, and around the city flanking the nearby Exe estuary and in rural surrounds sit stunning country house hotels with spa leisure facilities and a wide choice of holiday cottages and affordable caravan and campsites.