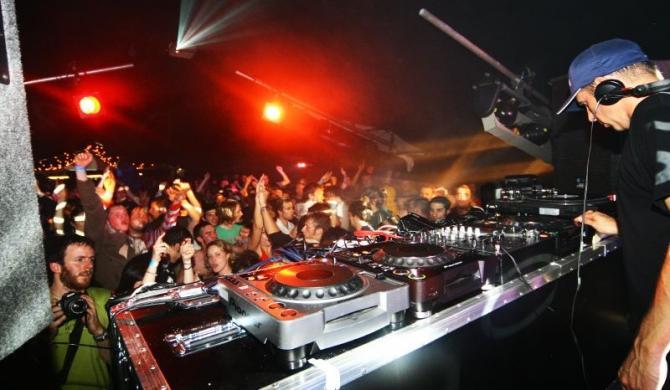 Edinburgh’s nightlife scene is unique, rich in the arts with a huge choice of independent cinemas, internationally acclaimed theatres and best live music experiences available including Jazz and Salsa river cruises out into the Firth of Forth from South Queensbury! Edinburgh’s year round festivals, particularly the big August festival season, is a nightlife entertainment feast of best theatre, dance, fireworks, comedy, ghost tours and live music – in August Edinburgh is a city that doesn’t sleep!

Whether you’re a lover of ‘speakeasy’ style café bars serving up an exquisite range of cocktails accompanied by live music or your preference is a traditional inn with a comprehensive range of Scotch malt whiskies – Edinburgh bars and inns cater for all tastes. Boosted by its vibrant student population, the city offers a wide choice of intimate club venues, comedy clubs, great jazz venues and larger Stag & Hen club favourites.

The city also features a great long-standing gay scene around the Pink Triangle just north of the centre, with a choice of gay bars and chic clubs to be found around Rose Street, East Claremont, Leith Walk and Baxter’s Place. All tastes catered for and all warmly welcomed in this European city of culture with an arts and live music rich nightlife – don’t miss an early evening Edinburgh ghost tour – a great way to start your night out in Edinburgh! 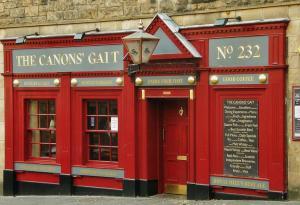 Canon’s Gait on the Royal Mile

There are pubs for all tastes in Edinburgh – historically, the old town pubs are usually less pricey than the new town, and there’s always somewhere open! Obviously there are too many to go into great detail. But there are plenty of historic pubs around, like Deacon Brodies, and traditional pubs like the Canon’s Gait.

There are plenty of real ale pubs in Edinburgh – one that’s won the title of Real Ale Pub of the year over 10 times is called Staggs (officially called the Volunteer Arms) and it is a little out of the centre (in Musselburgh) but is worth a trip. Atmospheric, with authentic Victorian decor, it is a favourite for horse racing enthusiasts as the race course is nearby.

Many Edinburgh venues offer live music – from jazz to folk to rock music. Try Bannermans, Cowgate for rock music, or The Saltire on Rose Street for traditional Scottish music. For upmarket venues, why not try the George Street area of the city? Tigerlilly and The Dome are both expensive and classy. Or try the Q Bar on Leith Street or the vodka specialist Bar Kohl on George IV Bridge.

Edinburgh’s comedy clubs keep the city laughing. One of the most popular is the Stand Comedy Club in York Place (nr St Andrews Square), which also has branches in Edinburgh and Newcastle and hosts top notch events throughout the week. There’s also Jongleurs on Friday and Saturday who regularly have two-hour comedy, eat, drink, dance and laugh nights with top class comedians. And, of course, there are always comedy events on during the festival fringe in August!

Edinburgh has one of the best selection of theatres outside of London from the Lyceum and Festival Theatre to new writing theatre The Traverse, described by The Observer as ‘One of the most important theatres in Britain’! Musicals, opera, dance, comedy and cutting edge drama – it’s all here across Edinburgh’s fantastic choice of theatres and arts venues.

There are far too many nightclubs running in Edinburgh to go into detail here, but you could try Lulu on George Street (open each night) or some of the many student nights. Or try The Caves – recently opened and converted vaults often used for events; or Cabaret Voltaire on Blair Street, a Cowgate cave-space.