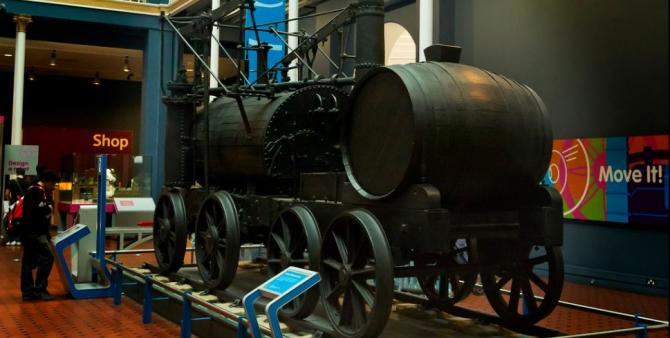 Edinburgh is awash with fascinating museums for all interests.

This ‘treasure box’ of a museum, on Canongate on the Royal Mile, is packed full of historical and cultural collections all about the birth, growth and life of this city. It includes magnificent displays of decorative art – cut and engraved glass (much made locally in Canongate) silver, longcase clocks, pottery and porcelain – some date back to the eighteenth century. Also, city plans can be viewed (how different the city was pre-new town!) and you can pay tribute at the bowl and collar of Scotland’s most favourite dog – Greyfriars Bobby! The museum’s latest feature is called “Foundation – the Story of a City” and it takes you through the life of a growing city in the new blacked-out theatre. With interactive features and dressing up for children, this is a great and educational day out for the entire family. 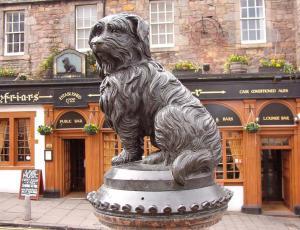 This museum, in the 1591 Canongate Toolbooth on the Royal Mile, pays tribute to ordinary Edinburgh people from the eighteenth century onwards.

Interesting because of the stories it tells (of bookbinding, kitchen work, suffragettes and wartime) but also because of the tollbooth location – it had been used as jail and tax collection centre, and visitors can still visit an original jail cell. Exhibits include banners, collections relating to Leith and even seed packet designs, to name but a few. In other words, there’s something for all people in the People’s Story.

Celebrating the life and works of three of Scotland’s most well known and appreciated writers (Robert Burns, Sir Walter Scott and RL Stevenson) this museum on Lady Stair’s Close, includes some gorgeous and personal exhibits – Scott’s printing press, writing desk used by Burns, and Stevenson’s fishing rod, for example – attractively placed inside this building which is beautiful inside and out. Originally built in 1622 as a merchant’s home, even the non-literary will enjoy the exhibits in this beautiful location. 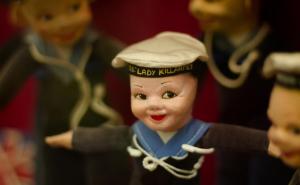 Exhibit in the Museum of Childhood

This museum isn’t only for the younger family members, but they will be fascinated to see the games and toys that their parents and past generations might have played with, as will the adults who might just remember some of the exhibits in their own Christmas stockings!

Situated on High Street on the Royal Mile, this museum is open daily and has a shop, regular exhibitions and permanent collections.

Lauriston Castle was donated to the people of Scotland in 1926, by its last owner. With content including incredible furniture and effects and situated in grounds very similar to how they may have appeared when first planted in the 1840s, this is a stunning museum (which can also be hired for weddings and community events), situated to the Northern outskirts of the city near Cramond, and close to the City Bypass.

This museum (in South Queensferry) tells the visitor the story of how the Firth Road and Rail Bridges were created, then invites you to view real bridges through their expansive windows. This museum’s exhibits about the old ferry service, local customs and the Queensferry area are of interest to anyone who has ever crossed the Forth.

This monument is tribute to Sir Walter Scott, with 287 steps leading you to incredible views of Edinburgh (this monument is in Princes St Gardens, close to Waverley station). The gothic building itself incorporates many statues (64 in fact) of characters from Scott’s books and the statue of Scott also (touchingly) features his dog Maida.

Built as a tribute to Admiral Lord Nelson, this telescope shaped tower can be climbed and a time ball is dropped at 1pm each day except Sundays. On Calton Hill, there are 143 steps to its viewing platform. Inside there’s a copy of Nelson’s final letter to Lady Hamilton and a model of the Victory.

This 1818 observatory on Calton Hill still houses items from its past including telescopes and other astronomical equipment. With amazing views of the city, this Greek-inspired building is a tribute to the Napoleonic war dead and is now the home also to the Collective Gallery art venue.

Frequently referred to as one of Edinburgh’s ‘hidden gems’, this ecclesiastical building, tucked away just off the Royal Mile, is available to hire for events, but was built as part of the Trinity College Church which was demolished to make way for the Waverley railways station. The apse was then rebuilt as part of a Victorian church, which has now also been demolished. The apse has been used in the past as a brass rubbing centre but is now primarily a heritage site.

Many of these sites are covered in more detail at:

Situated at Broughton Market, this is where the reserve collections from the city’s museums are held in ‘open storage’. The centre is only open on the first Tuesday of each month and is mainly for specialist and research visits, so advance booking is recommended.

A visit to Edinburgh has to be a highlight in anyone’s year. Why not browse through our wonderful choice of city centre accommodation and book an educational stay with us.