Discover the stories and treasures of Scotland and see world-class collections in Free entry National museums here in Edinburgh including the National Museum of Scotland with its labyrinth of galleries featuring everything from art and design to science and technology (look out for Dolly the Sheep!) and the Natural World. For the art lover the three combined National art galleries in Edinburgh – the Scottish National Gallery, the Scottish National Gallery of Modern Art and the Scottish Portrait Gallery together make Edinburgh one of Britain’s top cities for art – collections are eclectic brimming with best artist names from the past and present, and with Scottish art featuring strongly.

Alongside the National museums and galleries you’ll find a huge choice of tourist attractions and small museums in Edinburgh city centre, from the top interactive journey through the Earth’s story at ‘Our Dynamic Earth’ to the quirky museums and attractions lining the Royal mile, including the popular Camera Obscura views of Edinburgh, a city thriller since the Victorian era, and the fascinating Museum of Childhood. Lesser known museum gems in Edinburgh include the Surgeons’ Hall Museums laying bare the history and often gruesome stories of surgery, dentistry, anatomy and pathology.

Head to the Leith waterfront for a must-see tour of The Royal Yacht Britannia and take your pick of tours and guided walks in Edinburgh, with ghost tours around ‘Auld Reekie’ a popular tour choice. Edinburgh offers a selection of premier attractions on its periphery including Edinburgh Zoo, with the pandas always attracting a crowd here, and the free entry Botanic gardens. 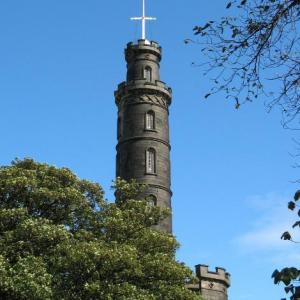 World-class centres for sport in Edinburgh include Scotland’s home of rugby Murrayfield with stadium tours available and the Olympic sized Royal Commonwealth pool. Walk up to the summit of Edinburgh’s famous hill Arthur’s Seat if you’re up for a strenuous challenge, rewarded by spectacular views, or explore the city’s grand monuments on Carlton Hill.

Best UK attraction Edinburgh Castle is another must-see on any visit to the city, featuring guided tours and year round events including the celebrated Royal Edinburgh Tattoo annually in August. Tour the Royal Apartments in the Palace of Holyroodhouse in the city centre or take a free guided tour of the contemporary Scottish Parliament Building. Discover even more heritage gems around Edinburgh in The Lothians including magnificent Linlithgow Palace and Gothic treasure Rosslyn Chapel in Midlothian. Visit Edinburgh and explore the city’s wealth of attractions – book online with iknow.