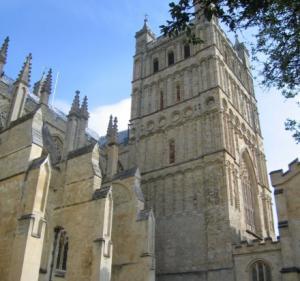 East Devon is a mix of heritage coastline dotted with beach bays and coves, wildlife rich estuaries and ancient inland market towns in an Area of Outstanding Natural Beauty. At its heart is the cathedral city of Exeter with a wealth of historic architecture, a beautiful quayside, mysterious underground medieval tunnels and a thriving arts scene. The East Devon World Heritage Coast features the distinctive, magnificent Triassic red cliff coast from Budleigh Salterton to Sidmouth, evidence that this was once an area under desert conditions. The Heritage Coast forms part of the wider East Devon Area of Outstanding Beauty with an inland landscape of wooded combes, large areas of heathland and fertile river valleys. The 40 mile long East Devon Way from Exmouth to Lyme Regis pushes through the heart of the AONB and links up with the South West Coast Path and Exe Estuary.

Places to Stay in East Devon 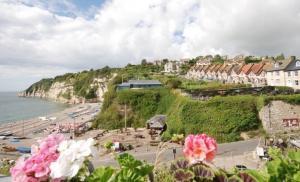 Beautiful beach coves and long sandy beach stretches along the coast include the small, sheltered beach cove at Beer village, the long pebble and sand beach at Sidmouth flanked by a wide promenade, the shelved pebble beach at Budleigh Salterton and the pebble beach at Seaton. Exmouth too has a long gentle, shelving sand and shingle beach and a wide promenade. Amenities including cafes, shops, restaurants and inns are either adjacent to beaches or in nearby villages, and on esplanades deckchairs are usually available to hire. Between Sidmouth and Budleigh Salterton beach bays flanked by red cliffs and rock formations are at their most impressive at Ladram Bay. The beach bay here is a favourite with families during the summer, and close to the beach sit family friendly holiday parks and accommodation. 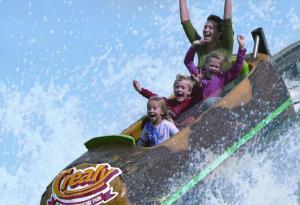 Devon’s greatest adventure theme park, Crealy, is an award-winning family attraction just minutes off the M5, Junction 30 near Exeter. Over 60 thrilling rides and attractions are set in 100 acres at Crealy, and there’s something for all the family here from the very young who will adore the soft play areas, gentle rides and over 100 animals to the thrill seekers looking for those adrenalin pumping thrill rides.

East Devon’s museums, galleries, nature reserves, visitor centres and heritage sites extend a warm welcome to families, and the area offers a wealth of family friendly activities from indoor climbing walls and outdoor sports on the quay at Exeter to fossil finding guided walks along the Jurassic coast, gentle coast and country cycling trails and wildlife boat trips around the Exe Estuary. Kids will adore a tour of Exeter’s underground medieval passages. 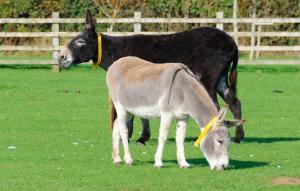 The Donkey Sanctuary at Sidmouth

Don’t miss a visit to the largest donkey sanctuary in the world near Sidmouth with over 500 friendly rescued donkeys waiting to meet and greet visitors. A range of facilities are onsite including a gift shop, a nature centre, a maze, walking trails, a restaurant and ample parking. Discover 300 years of horticultural history at beautiful Grade I Listed Bicton Park Botanical Gardens in the Otter Valley near East Budleigh. The gardens are a favourite with families featuring a countryside museum and children’s activities, the Bicton Railway and Glasshouses, a shop, restaurant and more. 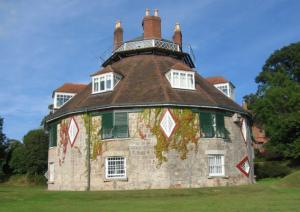 A La Ronde near Exmouth

Exeter is one of Britain’s great ancient cities and a top destination for visitors interested in heritage and culture. Historic landmark Exeter Cathedral, parts of which are more than 850 years old, features some of England’s most spectacular stained glass and heritage architecture around the city reveals over 2000 years of history. A choice of themed Red Coat Guided Tours are available beginning at Cathedral Yard. The collections of decorative and fine art, antiquities, natural history and ethnography at the award-winning (free entry) Royal Albert Memorial Museum & Art Gallery in Exeter are of great local, national and international importance, and the medieval underground passages in the city are unique in the UK. Exeter also has a thriving arts scene and offers a superb selection of independent boutiques, fine old inns and chic cafes around its narrow streets. 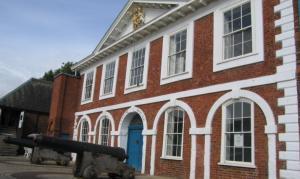 Close to the city sits the sublime Exe estuary and pretty waterfront villages like Topsham rich in craft shops and fishing heritage. Numerous wildlife watching boat trips are available around the estuary! Push inland to rural East Devon and discover idyllic rural scenes and picturesque market towns and villages like Axminster, famously the home of Hugh Fernley Whittingstall’s River Cottage Canteen. Take a tour of canal town gem Tiverton with large family friendly country park flanking the Grand Western Canal with great tow path walking. A ruined castle and model railway centre also feature in the town. East Devon is home to one of the National Trust’s quirkiest historic houses, the 18th century 16 sided A La Ronde near Exmouth which is as quirky on the inside as it is on the outside!

Street and pannier markets in East Devon include some of the best in the West Country. Don’t miss the street markets and antique shops in Georgian Honiton, famed for its lace and pottery. If you’re a fan of best food and folk music festivals, East Devon is the place to be with highlights including Sidmouth’s annual Folk Week in August and Exeter’s annual foodie fest – the Exeter Festival of South West Food & Drink at the end of April. 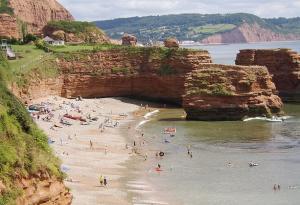 The East Devon Heritage coast is distinctive with its magnificent red rocks which are topped by yellow upper greensand and white chalk in the Sidmouth area. Spectacular cliffs flank beach bays in coastal locations like Budleigh Salterton and Sidmouth. The South West Coast Path stretches along the coast, and you can find out more about the fascinating geology of Devon’s Triassic and Jurassic coast at the Sidmouth Museum, the Fairlynch Museum in Budleigh Salterton, Honiton Museum, The Fine Foundation Centre at Beer and newest visitor attraction – Seaton Jurassic.

The great outdoors of East Devon with its hills, heathland, commons, heritage coast, river valleys and woodland offers a wealth of walking, cycling, horse riding and coastal activities. A choice of short walks branch out from long distance trails like the East Devon Way and South West Coast Path. There is also beautiful wildlife rich walks around the lesser known Otter Valley between Budleigh Salterton and Sidmouth, and around the lowland Pebblebed Heaths inland to the north of East Budleigh.

National Cycle Routes also cross the East Devon AONB. Head off on two wheels along the Buzzard Route or along off road cycle stretches branching out from National Route 2, including off road sections between Axminster and Kilmington, cycling on quiet roads towards Exeter and cycling along an old railway line between Exmouth and Budleigh Salterton. These are all gentle cycling trails ideal for families. Within the AONB you will also discover numerous wetland, heathland, woodland, copse and country park nature reserves. One of the biggest nature reserves in Devon – the Exmouth Local Nature Reserve is a vast area of tidal sand and mud at the southern end of the Exe estuary, a haven of wildfowl during the winter months including large flocks of wigeon, and in September annually the dark-bellied Brent geese make this site their temporary home. 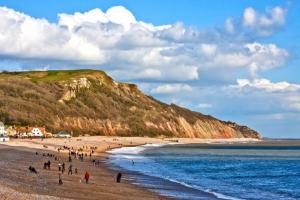 East Devon is a transport hub in the region, home to Exeter International Airport located 6 miles outside the city offering a fast and quick route in for national and international visitors. Exeter is just off the M5 motorway, and the A30/ A303 offers easy access in from the east, whilst the A38 flows in from the west. Places to stay include hundreds of holiday cottages dotted along the East Devon Coast and inland around the AONB’s historic market towns, countryside, heathland and river valleys. Many are luxurious and unique, with a boutique feel, lovingly styled by property owners with a view to offering that extra special accommodation experience.

Stay in one of the many fine B&Bs in the area serving delicious locally sourced breakfasts. Luxury boutique B&Bs and small hotels are plentiful in Exeter, and around the city you’ll find some stunning country house hotels with spa and leisure facilities. Quality accommodation comes as standard in this area of Devon with a strong arts leaning, a wealth of best local farm food and a breathtaking coastline. Dog friendly accommodation is plentiful in an area brimming with coast and country walking opportunities. Elegant independent boutique hotels flank the esplanades of seaside towns like Sidmouth – perfect for exploring the heritage coast or a folk week base.