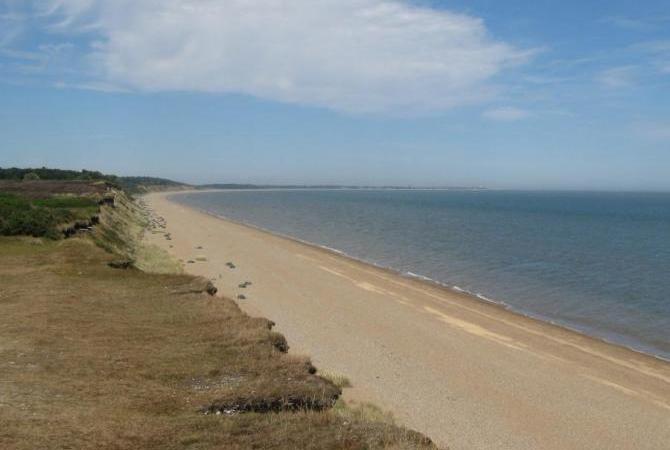 The spectacular Dunwich stretch of the Suffolk Coast and Heaths Area of Outstanding Beauty contains some of the most beautiful heathland and coastal scenes on the heritage coast. The summer purple and pinks of the heathers is a memorable sight as are the spectacular wetland, woodland and coastal scenery at RSPB Minsmere Nature Reserve. The area is rich in wildlife with highlights including the great flocking of ducks at Minsmere in winter. Look out for seals and porpoise often seen off Dunwich Heath beach.

Dunwich village contains an outstanding traditional inn hotel, caravan parks and holiday cottages. Just a short stroll from the village is the stunning Dunwich beach with popular beachside cafe. The magnificent ruins of Dunwich Greyfriars, a medieval Franciscan Frairy are also here. The Greyfriars were one of many religious groups based here at Dunwich during the medieval period. 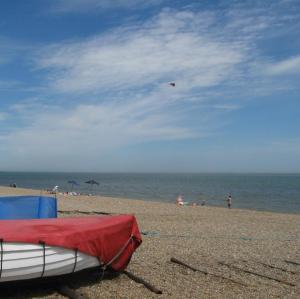 Start your exploring of the Suffolk Heaths & Coast at the National Trust Coastal Centre at Dunwich Heath. The centre has ample parking adjacent and an award winning tea room serving fine local produce and a children’s menu. The pink and purple colours of the heath heathers from July to September here is a breathtaking sight as is the long sandy sweep of Dunwich Heath beach. Find it just 1 mile south of Dunwich village, clearly signposted off the A12 at Yoxford and Blythburgh. 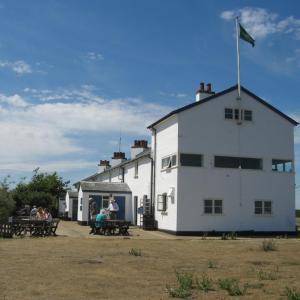 Dunwich Greyfriars is what remains of a huge medieval Franciscan Friary as well as later outer walls and a great entrance gate dating from the 14th century which gives a sense of its former size. Extensive history boards around the Friary detail the history of the ruins and properties built on the site later in 1710 and 1802. 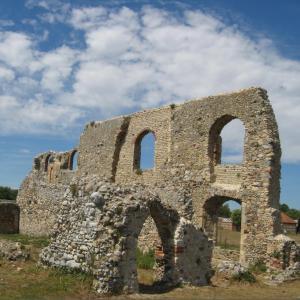 The ruins visible today are not actually those of the original Franciscan Friary. The first Friary was located on the seaward side of medieval Dunwich town but this was devastated by the Great Storm of 1286. The Greyfriars (so named because of their distinctive greyish brown habits/robes) then rebuilt the Friary here on a site just outside the boundary of the town in 1289. In the medieval era the Greyfriars were one of many religious groups based around the Dunwich area. Others included the Blackfriars, Hospitallers and Benedictine Monks. Lookout for stunning carvings of gargoyle’s heads above one of the windows! The ruins are just a short stroll from the village centre and beach.

RSPB Minsmere on the Heritage Coast sits close to Dunwich and is incredibly popular with birdwatchers. The Minsmere landscape is a mix of stunning woodland, coastal scenery and wetland. Changing sights through the seasons include in spring marsh harriers, nesting avocets and nightingales. In summer Minsmere is brimming with colourful wild flowers and many insects, whilst huge numbers of ducks flock to Minsmere in winter. Brown tourist signs direct you to RSPB Minsmere from the A12 main road at Blythburgh as well as from the A12 at Yoxford from the south.