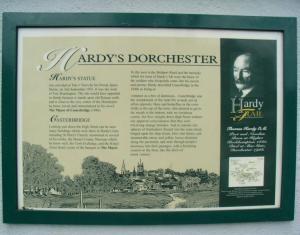 Dorchester is Dorset’s county town, home to the County Museum with the largest collection of Thomas Hardy artefacts in the world. The Romans created Dorchester, and some Roman ruins survive including a town house and old fortifications – best explored along the Durnovaria Town Walk. Dorchester is most famous however for its associations with and influences on Hardy who used the 18th century buildings of the town as a backdrop for his novel ‘The Mayor of Casterbridge’. The Old Crown Court and Cells are well worth a tour. These were the location for some of the country’s most memorable trials such as the Bloody Assizes in the English Civil War and the Tolpuddle Martyrs. Other museums in the town include The Keep Military Museum displaying the collections of various regiments in the West Country. Quirky family friendly museums include The Dorset Teddy Bear Museum and The Dinosaur Museum. 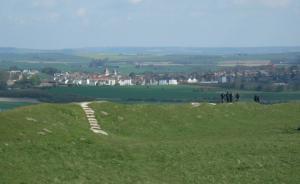 Ancient sites sit in and around Dorchester. The Maumbury Rings, a Neolithic Henge and Roman Amphitheatre, are just a few minutes’ stroll from the town centre. The Henge dates from about 2,500 BC and many of the skulls and fragments discovered here are on display in the County Museum. The Roman Amphitheatre dates from the 1st Century AD, built right in the centre of the Rings site. During the English Civil War the Rings also served as an artillery fort. England’s largest hillfort, Maiden Castle is also just two miles south of the town and dates from about 3000 BC.

Dorchester has two railway stations – Dorchester West and Dorchester South, both only a 5 minute stroll from each other. Dorchester South is along the fast Weymouth to London Waterloo line (South West Trains) whilst Dorchester West (First Great Western) is a route in by rail from major West Country centres like Bristol. The scenic 87 mile long ‘Heart of Wessex’ Line from Bristol to Weymouth stops at Dorchester. Bournemouth, Southampton and Bristol Airports are all within an easy drive, and First offer a comprehensive local bus service. Dorchester makes a great base for touring, with Weymouth and the Jurassic Coast just to the south (about a 15 minute drive) of the County Town. Charming Georgian B&Bs are widely available in the centre of Dorchester or opt for one of the many period guest houses, luxury cottages, unique glamping experiences or classic inns with rooms around the town.