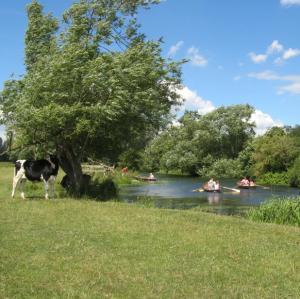 Rowing boats on the River Stour near Flatford

The National Trust visitor centre at Flatford in beautiful Bridge House is a central focus for many visitors to Constable Country. From Flatford a gentle trail leads off to Dedham village running parallel with the River Stour. Alternatively you can opt for a boat trip or row boat hire available near the National Trust’s centre in Bridge House. 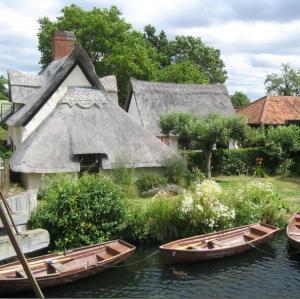 The villages of Dedham Vale in Suffolk and Essex contain a wide choice of historic traditional inns serving fine ales and locally produced food. Accommodation caters for all tastes from camping and caravan parks to luxury country house hotels, holiday cottages and B&Bs.

The National Trust Visitor Centre at Flatford contains an extensive exhibition on John Constable and the Dedham Vale landscape which he studied and painted. Guides are available from the visitor centre detailing beautiful riverside trails leading to key locations which featured in Constable’s river Stour paintings. 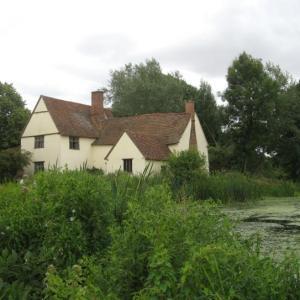 The Granary once owned by John Constable’s father located near Flatford Mill has been beautifully restored and now offers bed and breakfast accommodation. Across the Stour from the National Trust Centre and Flatford Mill sits another of Constable’s famously painted sites, Flatford Lock. Visitors can then choose from a selection of walking trails which branch out from Flatford hamlet through Constable country to either Manningtree or Dedham village across the border in Essex. 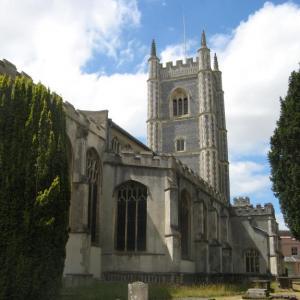 The popular walking trail to Dedham village from Flatford is truly to tread in the footsteps of Constable with views of beautiful Dedham Parish Church in the distance. The walk runs parallel with the river Stour and is gentle and easily done in less than an hour.

Top 10 Things to Do in Essex