Fans of classic English seaside resorts will feel more than at home in beautiful Victorian seaside resort Cromer on the North Norfolk Coast. A long-standing resort favourite, this Norfolk seaside gem retains many of its historic Victorian hotels and famously contains one of the Norfolk Coast’s most spectacular heritage piers with pier end Pavilion Theatre offering up fun packed family shows including the annual Summertime Specials. 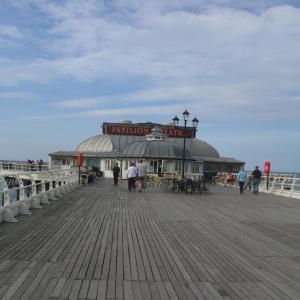 Other great attractions in Cromer include its family friendly beach and the town is famous for its cliffs which rise up behind the beach and are popular for walking, offering panoramic views of the North Coast. One of Norfolk’s best golf courses, Royal Cromer Golf Club, sits up on the cliff top and has magnificent coastal views. Great value seafront bed and breakfast accommodation including plenty of elegant vintage Victorian guesthouses and hotels are available in Cromer, all just a short walk from seafront gardens and Cromer museums including the RNLI Museum and the town museum housed in a Victorian fisherman’s cottage.

Pretty Cromer centre has a high street lined with independent shops, inns and restaurants. Cromer has its own station offering fast direct rail links to Sheringham, Norwich and Broadland centres including Hoveton & Wroxham, making it the perfect base for car free Norfolk holidays. Nestling on the eastern edge of the North Norfolk Heritage Coast, vintage Cromer is also the perfect gateway onto the North Coast with its beautiful beaches and coastal nature reserves. Browse Cromer accommodation and book now.

Historic Cromer Pier with pier end Pavilion Theatre is an Edwardian seaside pier first opened in 1901. An iconic landmark on the Norfolk coast, Cromer Pier replaced wooden jetty structures which had been on this site since 1391. Supported by the great Victorian railway companies operating in Cromer at the time, Cromer Pier’s opening in 1901 attracted huge crowds.

The Pavilion Theatre on Cromer Pier hosts the successful Summer Seaside Special Show as well as the Christmas Seaside Special. A great mix of music, dance, opera, musicals and comedy shows feature all year round and a public bar is onsite. Cromer Pier bar and restaurant has spectacular views of the coastline and crab fishing is also popular off the pier end and gift shops and ice cream parlours are at the Pier entrance.

Things to Do in Cromer

Cromer with its beautiful Edwardian Pier, pretty cliff top gardens and elegant historic seaside hotels contains fascinating museums and you’ll find a choice of cafes, gift shops and amusement arcades along the promenade. The RNLI Henry Blogg Museum is down on the seafront at The Rocket House near the pier. Henry Blogg from Cromer joined the Cromer lifeboat crew in 1894 aged 18 and was the RNLI’s most decorated crew member. His story is explored in-depth in the museum which also details the history of RNLI lifeboats. 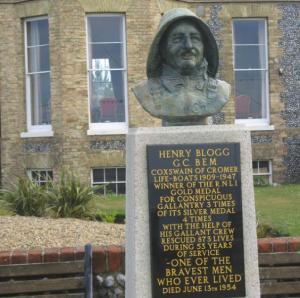 Cromer Museum is housed within a heritage Victorian fisherman’s cottage and offers an insight into what it was like to live in Cromer in the Victorian era. See historic photographs and posters of the town in the ‘Old Cromer Gallery’ and learn about how Cromer developed as a popular seaside resort. Guided walks are also available starting at the museum and the museum shop sells a range of local history guides.