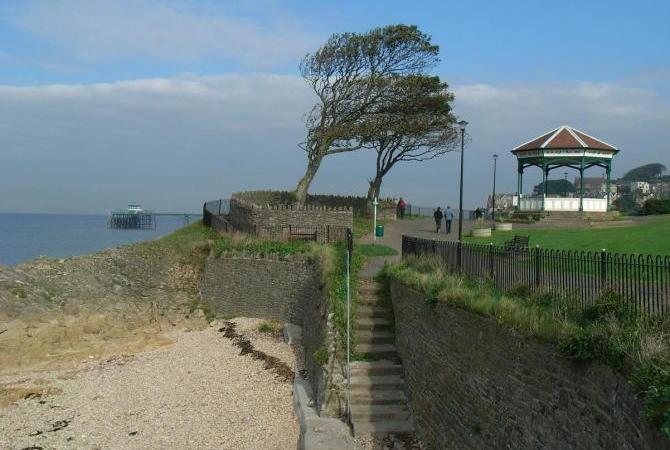 Clevedon is a pleasant, friendly place to while away some time along the prom or shop in the town itself. There are lots of cafes, restaurants and shops to keep you entertained as well as a good range of recreational spaces down near the seafront. Clevedon is also home to the oldest continuously running cinema in the country – the community run Curzon Cinema that screens mainstream and art house films and hosts special events.

Things to Do in Clevedon

Clevedon is a more genteel coastal town than some of the more family oriented resorts along the Somerset Coast. It lies just 13 miles west of Bristol overlooking the Severn Estuary. Like many of the seaside towns along the Bristol Channel coast, Clevedon only took off as a seaside resort when the Victorian demand for bracing sea air made a visit to the coast en vogue. Before that Clevedon was a small rural village on the edges of the Somerset Levels. Many of the town’s older buildings date from this time with the exception of Clevedon Court, one of the oldest manor houses in England. Today Clevedon has grown into a busy town that has a relaxing feel to it with its promenades and sea views. Bordering the whole of Clevedon along the sea edge is a promenade giving views of the Clevedon Pier and the Severn Estuary.

There are gardens, children’s play areas, tennis courts, a skate park, bowling green and a marine lake at the southern end. The Poets Walk also starts down here beyond the Marine Lake which is popular for watersports. As you walk up the prom bordering Salthouse Bay you’ll find cafes and refreshment kiosks along with older features such as the bandstand and the wind-pruned tree. Clevedon Sailing Club members can often be seen sailing the seas around Clevedon Pier. The Triangle is the centre of the town and where you’ll find the main shopping area along with Queen’s Square where high street named shops and bars are found. Queen’s Square is also the focal point for the town’s festivals and a General Market is held here every Thursday with a Farmers’ Market on the last Saturday of each month. Hill Road is the focal point for independent specialist shops and restaurants.

Clevedon Court is one of the oldest manor houses in England dating from the 14th century. It was built by Sir John de Clevedon incorporating parts of a 13th century tower and great hall. It has has been the seat of the Elton family since 1709. The family played an important role in developing Clevedon providing sites for the hospital, schools and churches. They also campaigned for improvement to sanitation and drainage. Sir Edmund, one of the nephews of the family, is famous for creating Eltonware Pottery, examples of which can be seen at Clevedon Court and on the Clock Tower in The Triangle in Clevedon itself. You can also see a collection of Nailsea Glass. The nineteenth century satirist, William Makepeace Thackeray, is reputed as having been a regular guest here where he sketched and wrote. The Elton family still live here but you can visit Clevedon Court between April-September between 2-5pm on Wednesdays, Thursdays and Sundays and Bank Holiday Mondays and weekends. There is a car park and tea room.

Clevedon Pier was built in the Victorian heydey to receive paddle steamer passengers from Devon and Wales. Like the other piers around Britain’s coast it sums up that Victorian elegance combined with structural engineering prowess. It was completed in 1869 and was made using surplus rails from Brunel’s South Wales railway. It was hugely popular right up until its collapse in 1970. The Pier Preservation Trust and Piers Supporters raised funds to restore it to its former glory and it reopened in 1989. It is now a Grade 1 listed building.

Today it is a focal point for events in Clevedon and once again you can board boat trips aboard the Balmoral steamer and Waverley paddle ship. Fishing is also popular from the Pier where some handsome Bristol Channel catches have been landed. You can even hire the Pier for weddings, parties or ash scattering services and you can also purchase a brass memorial plaque. Clevedon Pier has also been used in several adverts and television programmes including Silent Witness and Eastenders.

The Pier affords magnificent views of the Bristol Channel and Clevedon itself. The Old Toll House, the grand castellated building on the shore side, is now a gift shop with an art gallery above. It also has information on local events and attractions and sailing times for boat trips from Clevedon. Clevedon Pier is open every day of the year except Christmas day. A small admission is charged to help with the upkeep of the pier.

Clevedon has long been associated with the poets and writers that have visited the town over the year. Thackeray was a regular visitor to the Elton family at Clevedon Court. St Andrew’s Church features in Lord Tennyson’s poem "In Memoriam AHH" as the burial place of his friend and poet Arthur Hallam. 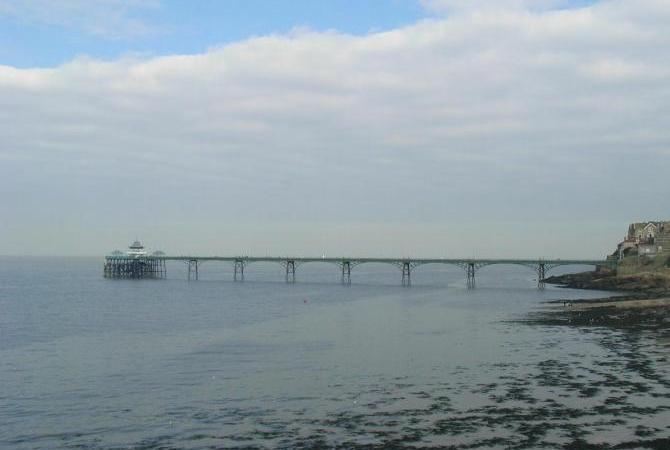 Samuel Taylor Coleridge is said to have visited Clevedon on his honeymoon. Certainly he, and his wife Sarah Fricker, are known to have stayed in a cottage near Old Church Road which is marked by a blue heritage plaque. The Poets Walk coastal trail is a popular coastal route that starts near the Marine Lake and goes up into woodland before stretching out on the coast above with excellent sea views. The walk with its views of the Bristol Channel and Wales is said to have inspired poets visiting the town. Clevedon Civic Society produce a leaflet with ten walks around Clevedon that help show you the town’s heritage and social history as well as some of the surrounding countryside.

Clevedon is also home to one of the oldest, continuously running cinemas in the country. The Curzon Cinema’s claim to fame is as the "oldest purpose-built, continuously operated cinema in the world"! Thanks to community support it was saved from closure in 1996 and is now run and owned by the Clevedon community. It is still a popular venue for new film releases as well as special events showing Silent Movies or Golden Oldies organised by its Film Club. Tuesday matinees include tea and biscuits! The cinema also houses the Curzon Collection, a collection of projection equipment spanning decades. You can see the collection for yourself by visiting the cinema on Mondays between 11am and 5pm. A tour of the cinema will be included.