Cambridge is architecturally dazzling and a top UK city break attracting huge numbers of national and international visitors. Tour the historic colleges including the famous Kings College Chapel and stay in a funky modern Cambridge apartment, boutique hotel or historic B&B and leave the car behind. Enjoy Cambridge from the water and take a Cambridge Punting Tour on the River Cam or hop aboard an open top bus. Cambridge is a dynamic and culturally rich city, packed with independent shops, bohemian markets and internationally acclaimed museums. Experience the beauty and cultural richness of Cambridge for yourself and book online.

Cambridge is a city break tailor-made for visitors, with breathtaking historic architecture at every turn and a wide choice of themed walking tours and ghost tours on offer. Best theatre, festivals and concerts include the Cambridge International Concert Series and the popular annual Cambridge Folk Festival.

The centrally situated tourist information centre sits just off Market Square near King’s Parade and King’s College and is open 7 days a week. A good starting point for your exploration of the city, the visitor centre has an adjoining gift shop and contains a wealth of guides, maps and souvenirs for Cambridge and the wider Cambridgeshire area.

Things to do in Cambridge

The architectural beauty of the Cambridge Colleges from King’s College to Clare College is breathtaking, featuring work by such eminent architects as Sir Christopher Wren. Cambridge college tours, punting boat trips on the river Cam and gentle walks around the centre and The Backs (the green space behind the colleges) are all ‘must dos’ on any visit to the city.

Some of the best views of the College Backs are via Cambridge punting tours, either guided or self hire. The two main departure points for punting tours are Magdalene Bridge (north) and Mill Street (south). Mill Street is the most popular punting pick up point. Alternatively you can book on to one of the many walking tours departing daily from the tourist information centre. 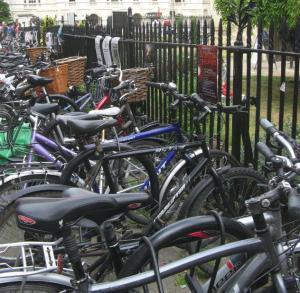 The rich history of Cambridge revolves particularly around the colleges and the legendary feuding riots, involving bloodshed, in Oxford which in 1209 saw a mass exodus of students from Oxford to Cambridge. Peterhouse was the first of the Cambridge colleges to be established in 1284 followed closely by Clare, Pembroke, Gonville and Corpus Christi.

The list of talent and genius coming from the Cambridge colleges is endless – Charles Darwin from Christ’s College, Newton from Trinity College, William Wordsworth from St John’s, Stephen Hawking from Trinity Hall, Charles Babbage inventor of the computer from Peterhouse and from Pembroke with its famous dramatic society Peter Cook and Eric Idle.