Blackpool – What to See and Do

You could easily spend a month in Blackpool and not run out of things to do. Home to many of the UK’s most popular attractions, Blackpool hosts a great variety of events and festivals and it offers beaches, piers, parks and the fantastic Blackpool Tower with a package of in-house attractions including the scary dungeons, all perfect for fun family days out. Even young children will have plenty to keep them occupied at the Tower’s popular Jungle Jim’s soft play area. Attractions not to be missed include Madame Tussauds Waxworks, Pleasure Beach Theme Park and the SeaLife Centre aquarium. 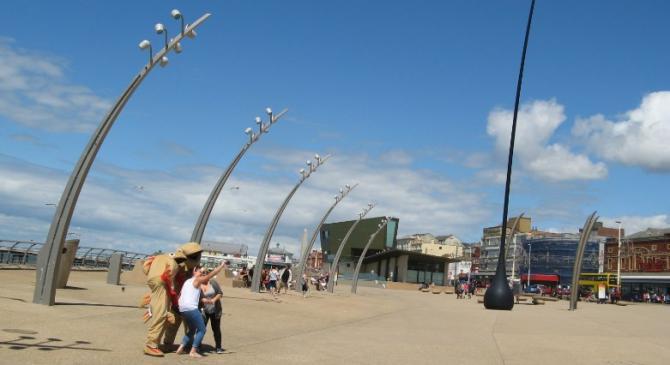 If you’ve visiting Blackpool in late August, you’ll want to be at the annual Switch-on of the Blackpool Illuminations – now expended into a fantastic 3 day event and centred around the new impressive Tower Headland Promenade. The Illuminations stay on until early November, attracting visitors from all over the world. Each year they’re switched on by famous celebrities who in the past have included Westlife, Blue and the stars of Top Gear. The most unusual celebrity to turn on Blackpool Illuminations was probably horse racing legend ‘Red Rum’ who switched them on in 1977! A few days before the event the Promenade is closed to all who don’t have a bike, offering the chance to ‘Ride The Lights’ at 7pm. Other unmissable Blackpool events include the Gay Pride Festival in June and the Rebellion Punk Rock Festival taking place at the Winter Gardens in early August.

Blackpool has always been a popular dance venue – Tower Ballroom has hosted BBC TV’s popular Strictly Come Dancing in recent years. The annual Blackpool Dance Festival is another of the resort’s most popular events, with a range of shows and championships that draw crowds from all over the world.