The Blackpool trams fleet is not only functional but varied and colourful in appearance too. Replacing the original ‘Dreadnaught’ Cars, the charmingly named Balloon Cars first appeared in the 1930s and got their name due to their rounded, almost cartoon-like appearance. Following the second world war the next generation of Blackpool trams – the Coronation Cars, came into use. 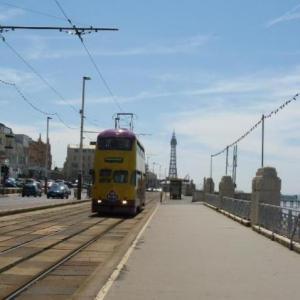 Jubilee Cars followed and later Millennium Cars, built from revamped Balloon Cars, joined the fleet. Blackpool trams are constantly checked to ensure the older cars remain workable, but the ability to adapt the existing cars into newer models ensures that the trams retain their unique heritage.

Some of the more unusual trams in Blackpool include the Boat Cars, which as the name suggests resemble sea-going vessels that "sail" along the tracks. Similarly, Railcoach Cars resemble trains, while Brush Cars and Centenary Cars are also markedly different from the standard Blackpool tram. Vintage Cars are usually reserved for use during the Blackpool Illuminations season and are decorated and lit accordingly, as are several other cars which have become a much-loved part of the lights festival.

The annual Fleetwood Transport Festival, known as Tram Sunday has been running for over 25 years. Blackpool tram enthusiasts won’t want to miss the trip to Fleetwood to celebrate the heritage of this Blackpool transport icon, with the festival taking over the entire length of Fleetwood’s main street.