Blackpool Illuminations on the move

Blackpool Illuminations, the UK’s greatest free lights show or Festival of Light, has been bringing smiles to faces since they were first lit up in 1879 back when the illuminations consisted of just 8 arc lamps illuminating Blackpool Prom which brought gasps of delight from onlookers. Covering a distance of 10 km along Blackpool Promenade and using over one million light bulbs, Blackpool Illuminations’ Big Switch On’ usually takes places at the end of August annually. 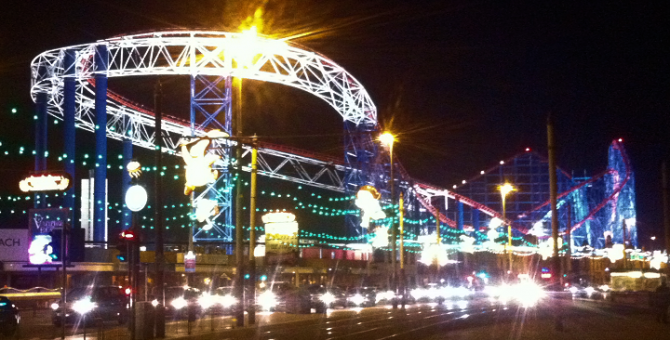 Blackpool illuminations can be enjoyed by road with thousands of visitors choosing to ‘Ride the Lights’ via car, bus, coach or even open top trams and horse-drawn carriages! Alternatively take a stroll along the Promenade and admire the many different illuminated artworks by local and national designers with themes including Dr Who.