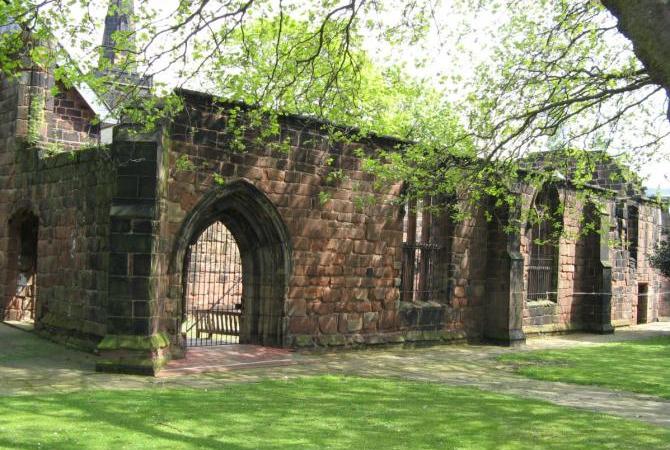 Combine a family cruise on the Mersey with a visit to fantastic attractions including Spaceport. Mersey Ferry services River Explorer Cruises depart hourly from Woodside on the Birkenhead waterfront, stopping en route at Seacombe Ferry Terminal for the Spaceport family attraction. Take a journey through space as you wander through different themed galleries. Special events and themed exhibitions on such topics as Time Travellers and Doctor Who feature through the year.

Housed in the spectacular Birkenhead Town Hall on Hamilton Square, The Wirral Museum is home to a series of comprehensive exhibitions exploring the history of the Birkenhead & the Wirral. Exhibitions include a fascinating one on the Cammell Laird Shipyard, from its inception to decline.

Architecturally stunning, the town hall was built from a combination of Scottish granite and local sandstone and dates from 1887. The clock tower stretches up 200 feet making Birkenhead Town Hall clearly visible from the Liverpool Mersey waterfront. Collections include the Wirral Silver and Mayoral collections, Della Robbia pottery and numerous photographs and documents pertaining to other Birkenhead industries and social history.

Inside stunning architectural features include the main staircase and stained glass windows. The town hall serves as centrepiece to the Georgian Square – part of William Laird’s vision for Birkenhead as the city of the future. Houses surrounding the square date from between 1844 and 1852.

Established in 1150, the remains of Birkenhead Priory – a Benedictine Monastery, are the oldest in Merseyside making this a particularly special site. The earliest ferry crossings of the Mersey can be traced to the Benedictine Monks who set up camp here. Find out more about the priory’s history at the Williamson Art Gallery.

Purpose built as an art gallery, the Williamson first opened its doors in 1928. Like many of Merseyside’s fine art galleries, Victorian art is particularly well represented. The Williamson has numerous Victorian oils on display alongside more Della Robbia Pottery, Liverpool Porcelain, the Baxter Vintage Motor Collection and a selection of English watercolours.

As much a local history museum as art gallery, the Williamson has fascinating exhibits of ship models, a model of the Woodside area from the early 1930s and includes displays of decorative arts which feature as part of the Wirral & Merseyside Embroidery Trail.

The very first European tramway opened in Birkenhead in the 1860s and it carried on operating right up to 1937. The free entry Wirral Transport Museum on Taylor Street was a hub for early Victorian innovative engineering and a key transport centre for railways and trams. Trams were produced at the Starbuck factory on Birkenhead’s Cleveland Street and were made both for export and UK use.

On designated days trams still operate in Birkenhead and within the Transport Museum the huge Wirral Transport Collection includes vintage buses, trams, cars and motorcycles with 1930s garage set plus other highlights including the Taylor Street Model Railway, the Baxter Collection, the George Francis Train, a tour of the Starbuck factory and a huge Wirral Transport Library and Archive. The museum also organises vintage bus trips around the Wirral.