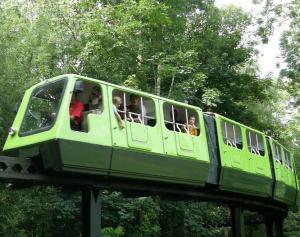 Beaulieu in The New Forest is famously the location of several visitor attractions all housed in Lord Montagu’s Beaulieu complex. The whole family can easily spend the whole day here with a range of attractions for all ages and interests. The British National Motor Museum, Beaulieu Abbey and Palace House are the main attractions with vintage vehicles to ferry you around the site and a selection of cafes and restaurants to keep you going throughout the day. A good introduction to your Beaulieu visitor experience is to take the monorail ride over the site for a bird’s eye view of the gardens, Abbey ruins and historic house. Alternatively you can take a ride in the vintage London bus. Beaulieu Abbey, formerly a Cistercian monestary founded in the thirteenth century is also within the estate, and includes an exhibition detailing life at the monastery in the past. 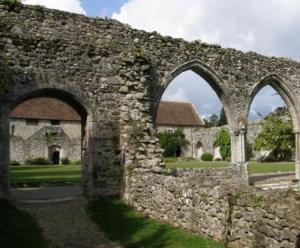 The big attraction at Beaulieu is The National Motor Museum that has a collection of 250 vehicles including cars, motorbikes, commercial vehicles and motoring memorabilia. The collection is huge, ranging from some of the earliest cars ever made through to futuristic land speed record breakers. There are cars from all periods of motoring manufacture including 1960s bubble cars, classic cars like the popular Jaguar E-type and novelties like Del Trotter’s yellow Reliant Regal Supervan from the TV series "Only Fools and Horses". Mounted sports cars include the oldest racing car, and Formula 1 cars from world famous racing drivers Michael Schumacher, Damon Hill and Sterling Moss. The collection also has land speed record breaking vehicles such as the 1927 Sunbeam, the first motor car to reach 200 miles per hour, and Sir Malcolm and Donald Campbell’s Bluebird. The Motor Museum is open all year round except Christmas.

Beaulieu Abbey was founded in 1204 by Cistercian monks on land gifted to the Order by King John. It developed into a huge complex but now it’s only the refectory (now Beaulieu Parish Church), the Domus and cloister that survives. The majority of the site was destroyed as a consequence of Henry VIII’s Dissolution of the Monasteries. The Monastic Life Exhibition gives you a great picture of what the site looked like originally with a scale model of the whole monastery complex. The gardens have been maintained to incorporate herbs and plants that the monks would have relied on for medicine or flavouring foods. You can also see the outline of the monastery buildings that have now disappeared. 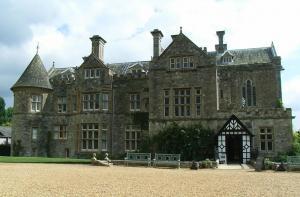 The Palace House at Beaulieu started life as the gatehouse of Beaulieu Abbey. Since it was built in 1204 various additions through the centuries have made it into the grand Gothic country house we see today. It is in a beautiful position overlooking the River Beaulieu and has been the ancestral home of the Montagu family since the sixteenth century. Although it is still their home today parts of the house are open to the public. You can see the recreated Victorian kitchens and the beautiful vaulted ceilings of the dining rooms – parts of the original monastic building. Its use as a private house is reinforced from Lord Montagu’s own personal picture gallery featuring photos of him and his family and a variety of celebrities over the last forty years.