Pulteney Bridge across the River Avon at Bath

Bath, to the Western part of Somerset, is almost 100 miles from London and 13 miles from Bristol. The historic centre of Bath is actually quite compact and is principally found along the banks of the River Avon and heading uphill to The Circus and The Royal Crescent. Bath has been designated a World Heritage Site for its thermal spa that was founded by the Romans and the neoclassical Palladian Georgian buildings. 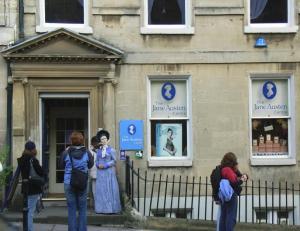 Bath is world famous for its Roman Baths and Georgian architecture but even prior to that It is thought that the Celtic people inhabiting the West Country settled on the site of Bath after discovering the health benefits of the hot muddy swamps that bubbled away here longbefore the Romans founded the thermal spa, Aquae Sulis in the first century AD. Bath has assumed various roles through the centuries including being a centre for woollen cloth during the Middle Ages.

When the woollen industry started to fall into decline, Bath became a convalescence centre as people sought the health giving powers of the thermal spas once more. Bath grew in stature over the years due to Royal patronage and by the 18th century Bath had become a fashionable place for the gentry to vist, and to be seen to visit! Thus, Bath was often visited by the wealthy and famous such as Jane Austen who also spent three years living in the city.

This means that much of Bath’s architecture dates from the Georgian period and beyond, and this is one of the main attractions in this small and elegant city. 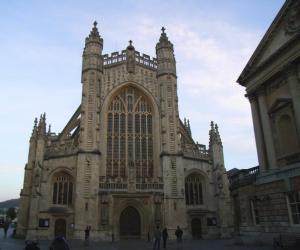 Bath’s full of history – the Roman baths, the abbey, the crescents… but also its parks are great, it has one of the highest numbers of museums in the country, it is filled with charming, independent shops, its a good base for days out, and is also a great place to spend an evening, whether it be clubbing, giggling at a comedy club, or spending time at one of Bath’s many theatres. See our links on the left of your screen for more detailed information.

The Tourist Information Centre in Bath is in the heart of the historic centre by Bath Abbey. It is open all year round. To make the most out of your visit to Bath you can buy the Bath Visitor Card which gives you discounts to over thirty five businesses in and around the city. These include money off food, drink, shopping and attractions. Why not research your break online, to make the most of the time you have in this historically significant and very beautiful city.

How to get to Bath

Bath is easily accessible, being reached by a number of A roads – the A4 runs right through it. South East of the Bristol junctions of the M46, it is also directly South of the junction 18 on the M4. With a great number of coach, bus and railway links (the central station, Bath Spa, was designed by Isambard Kingdom Brunel), and with access even by the River Avon and the Kennet and Avon Canal, so even boat users can fund their way here, Bath is a very accessible holiday location. The nearest airport is at Bristol – around 20 miles away.

There is an excellent choice of hotel and bed and breakfast accommodation both within the City of Bath and around the historic centre. Bath is excellent for a romantic or luxury break with many hotels offering top end quality accommodation. This means that the standard of all hotel and bed and breakfast is of a high quality so even the lower priced rooms and flats outside the historic centre offers good quality accommodation. Often those guest houses, bed and breakfasts and hotels outside the centre of Bath are only a short walk away but offer better value for money. Useful to know if you’re on a budget.