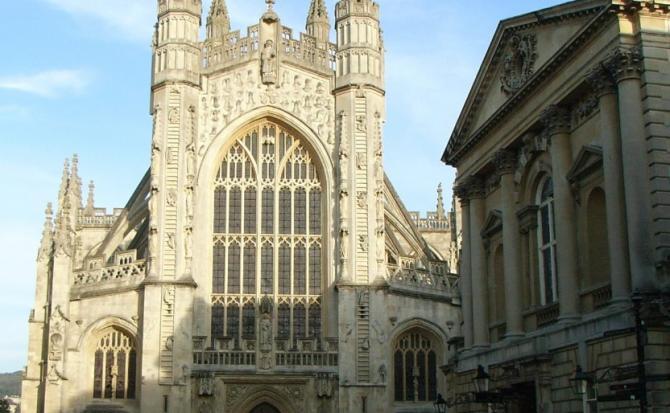 Bath is a must-visit location for those fascinated by the history of every period of the British Isles, but is particularly interesting as its Roman and pre-history roots gave way to Georgian fashionability, Victorian splendour and more.

You can’t write about the history of Bath without mentioning the still-existing buildings and sites, many of which provide the backdrop to Bath’s tourism industry. But it is the hot spring which have really made Bath what it is today. It is believed that the healthy hot springs of Bath were always appreciated by locals who used them for healing, but in the 60s and 70s AD, the site where Bath now stands started to become a town, called Aquae Sulis (meaning, the waters of Sul). The Roman element in Bath started to decline around the 4th century AD and eventually the last of the troops returned to Rome. Bath’s history is a little unclear at this period – the market town and baths were still used, though the buildings the Romans carefully constructed were gradually replaced.

In Saxon times Bath became a fortified Burgh, and was soon minting its own money. And in 973 the first ever king of the whole of England, Edgar, was crowned here.

Then in the Middle Ages, the monastery and other buildings were burned and sacked. Once rebuilt, the development continued. And visitors and locals alike were still bathing in Bath’s hot springs, through the time of the seventeenth century plagues and beyond. The settlement even bottled its own water. But from the eighteenth century is when Bath really flourished. Architects settled in this now extremely fashionable place putting their marks on the buildings – the Royal Crescent, the Assembly Rooms and the incredible Pulteney Bridge. Wealthy visitors loved Bath.

The streets were lit, the rail lines were built and Bath was growing though gradually began to lose its trendy charm. And in the twentieth century, the city was bombed damaging around 1,500 buildings. But rebuilding took place and by the late 1980s Bath city had been granted World Heritage Site status.

And so the city continues. With new and carefully considered, sympathetic developments, it still remains a vibrant yet historically important place to visit. Old merges with new, making Bath a fabulous destination for a cultural city break.