Alton is located on the northern side of the East Hampshire Area of Outstanding Natural Beauty (AONB). It’s a pretty little Georgian market town around which are several visitor attractions including The Watercress Line steam railway, Jane Austen’s House in Chawton to the south, and Gilbert White’s House Museum in Selborne. Stay in charming old B&B inns or church conversions in Alton. The town offers a range of character accommodation options perfect for exploring Jane Austen Country and the surrounding Downs. The countryside around Alton is well worth exploring with its beautiful chalk escarpments covered in luxuriant woodlands. Alton is also one of the main station stops on The Watercress Steam Railway Line which runs through the East Hampshire countryside. 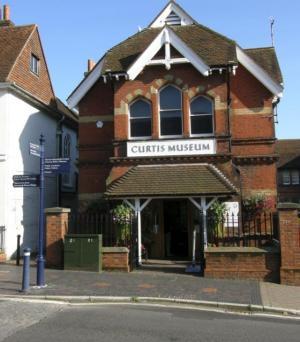 Alton today is a small market town with a good selection of shops, pubs, cafes and restaurants, and a pretty High Street lined with many Georgian buildings. Alton has been well established since Saxon times. Saxon artefacts unearthed in the town include the famous Alton Buckle discovered in a warrior’s grave along with a shield, sword and spear head. The buckle is now on display at the Curtis Museum in the town and is considered to be the finest example of Anglo-Saxon craftsmanship in Hampshire. Alton’s 11th century St Lawrence Church was the site of the English Civil War ‘Battle of Alton and in the old graveyard sits the grave of ‘Sweet Fanny Adams’ who was brutally murdered in the town.

The Curtis Museum holds an outstanding collection which includes a Roman enamelled cup discovered at Selbourne and mentioned in Gilbert White’s Natural History of Selbourne. Exhibitions explore 10 million years of local history from prehistoric tools to the Battle of Alton in 1693. There is also the Gallery of Childhood with an array of childhood toys from the 18th century on display.

Alton is on the main Network Rail south west line. Alongside the regular trains that run through the county is The Watercress Line – a restored steam railway that runs for ten miles between Alton and Alresford. Steam trains depart from Platform 3 at Alton. Other station stops are at Ropley, Medstead and Four Marks.

To the south of Alton the Hampshire countryside stretches for miles. The area is known as the Wealden Greensands and is typified by vast woodlands on high chalk escarpments or hangers as they’re known locally, and the heathlands that stretch across the border into Surrey. The majority of the countryside here lies within the East Hampshire Area of Outstanding Natural Beauty. The chalk downlands in this area are also part of the South Downs that stretch into Surrey.

Butser Hill is also a National Nature Reserve important for its large area of chalk grassland, heath and woodland. Over thirty species of butterfly have been identified from here including the Duke of Burgundy fritillary and the chalkhill blue. Not far near Charlton is Butser Ancient Farm which was set up in the 1970s as an archaeological research project into Iron Age farming techniques. The farm is open to visitors. 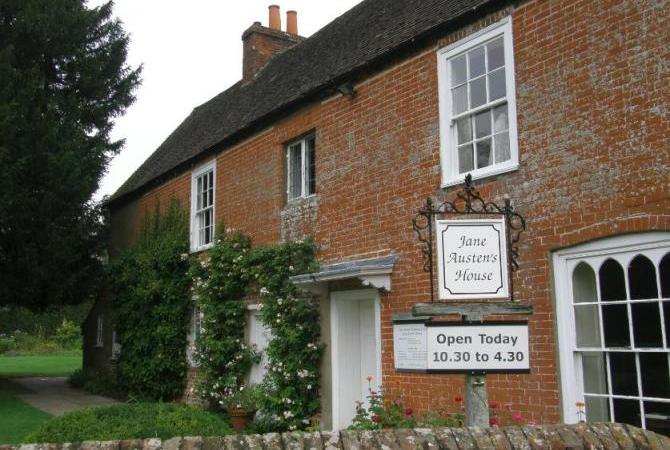 The circular Alton Off-Road Cycle Trail starts from Chawton Park Wood south east of the town centre and takes in Jane Austen’s House in Chawton, Gilbert White’s House in Selborne and Hanger’s Way long distance path. There are plenty of walking routes in the Hampshire countryside around Alton. Long distance routes crossing this part of Hampshire include the South Downs Way that starts in Eastbourne in Sussex and ends in Winchester. The trail runs for 160 miles along old drovers roads over the chalk downs and is open to walkers, cyclists and horse riders.

St Swithun’s Way is another long distance trail from Winchester through the north Hampshire countryside to Farnham in Surrey. It follows the pilgrimage route from Winchester, once the religious centre of Saxon Wessex, to Canterbury in Kent. St Swithun’s shrine and Alfred the Great’s tomb housed in Winchester Cathedral brought pilgrims from all over the country. St Swithun’s Way runs from Winchester Cathedral through the Itchen Valley famous for its watercress production, west through Jane Austen Country around Alton and Chawton where she lived and where you can visit her house, then the route follows the River Wey through to the attractive market town of Farnham in Surrey where you pick up the North Downs Way which continues on to Canterbury.