Seaside gem Aldeburgh on the Suffolk Heritage Coast is internationally renowned for the Aldeburgh Music Festival. The festival takes place annually in June at Snape Maltings just 5 miles inland from Aldeburgh alongside the River Alde estuary, and the Maltings hosts year round music concerts. You can also enjoy Concert Hall tours of this unique music venue housed in a former Victorian maltings and a selection of shops, eateries, walks and river trips are all onsite. 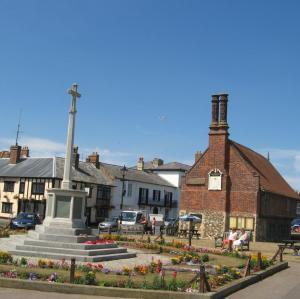 Aldeburgh Museum on the seafront

Beautiful Aldeburgh is one of the most popular holiday locations on the Suffolk coast with a charming pebble beach dotted with wildflowers and flanked by fresh fish and seafood shacks. Situated on the promenade, the Tudor timber framed Moot Hall houses the town museum and the town centre is brimming with fine old inns, cafes, boutiques and craft shops. The wide range of character accommodation in and around Aldeburgh and Snape Maltings includes everything from historic seafront hotels and Victorian B&Bs to self-catering holiday homes and beachfront apartments.

Things to Do in Aldeburgh

The coastal stretch around Aldeburgh on the Suffolk Heritage Coast is one of England’s most precious unspoilt coastlines within easy reach of the shifting coastlines of Orford Ness to the south and Dunwich to the north. The Aldeburgh Museum situated within a Tudor timber-framed building dating from 1550, digs deep into the seaside town’s fishing and shipbuilding past and around King Street and the High Street you’ll find a host of stylish independent boutiques and fine clothing shops, first class restaurants and outstanding craft shops, antique shops, art galleries and gift shops. 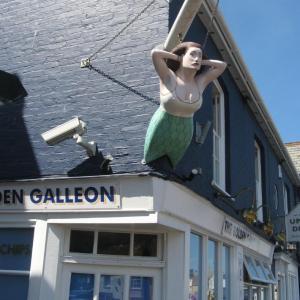 Aldeburgh also contains a little cinema, cookery school, a Golf Club and Yacht Club. The tourist information centre and Aldeburgh Music Box Office is located on High Street just a short stroll from Aldeburgh beach. Traditional inns and pubs are numerous along the seafront promenade and around the High Street, many serving delicious Adnams ales from the nearby Sole Bay Brewery at Southwold.

Attractions and beauty spots within easy reach include Leiston Abbey, Thorpeness Windmill, golf club and Meare. The spectacular heaths nature reserves of Dunwich Heath and RSPB Minsmere are also just minutes away and just south is the unique landscape of the Orford Ness, a shifting coastline and one of Britain’s most famous shingle spits. 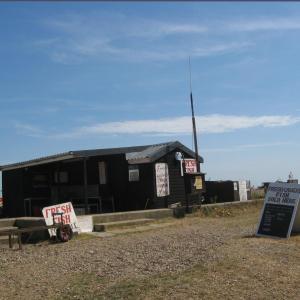 The internationally acclaimed music festival at the Maltings was founded in 1948 by the composer Benjamin Britten who was inspired by the Suffolk coast around Aldeburgh. Local halls and churches first served as venues for the festival which quickly grew in popularity. The famous Snape Maltings concert hall, a former Victorian maltings, became the main venue for the Aldeburgh Festival from 1967. Find out more on a backstage tour of the concert hall and new Hoffmann Building. Snape Maltings is very much an all year round music venue offering a premier programme of music featuring some of the world’s best artists.